VW, recently named the biggest auto manufacturer in the world has admitted cheating on emissions testing 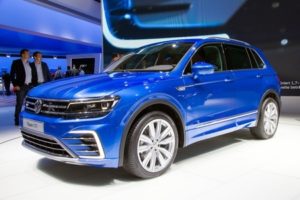 Included in this overview are the answers to many of your questions about the VW emissions scandal:

What are the accusations against VW?

The EPA (The Environmental Protection Agency) recently discovered that many diesel VW cars sold in America were fitted with a device which detected when an emissions test was being carried out and altered the cars perfomance levels to ensure that they passed.  The German Car Giant who’s latest huge marketing campaign in the US for diesel cars boasted ‘low emissions,  has since admitted to cheating emissions tests.

Although the emissions scandal was uncovered in the US.  VW have admitted that around 11 million cars worldwide are fitted with the device.   VW-manufactured Audi A3,  VW brands Jetta, Beetle, Golf and Passat are all implicated.

What is the device?

Accoding to the EPA, engines were fitted with computer software which put the cars in a ‘safe mode’ when it sensed that it was in a  stationary test scenario. It did this by monitoring several factors such as speed, air pressure and engine performance. This ‘safe mode’ made the engine run below normal output.  The device, once it detected the car running as normal on the road would then slip back out of its ‘cheat mode’.

What was the result of the device on emissions?

The VW engines fitted with the device  emitted nitrogen oxide pollutants up to 40 times above the US threshold.  This would explain why air pollution levels being recorded were not going down.

Which models are affected?

In the UK, the VW Group is looking to recall and repair all 1.2 million vehicles affected by its diesel emissions scandal by the end of 2016.

The first vehicles to be recalled are the EA 189 2.0-litre TDIs, ideally in early 2016, with the rest of the 60 models from the five affected brands recalled and repaired by the end of 2016.

According to VW 5 million of their cars use the  EA 189 engine,  including the Mk6 Golf, Mk7 Passat, the first generation Tiguan,  the Jetta and Beetle sold between 2008 and 2015.

The VW Group has set up websites for their affected brands, Audi, VW, SEAT, and Skoda, for owners to see if their cars are fitted with the EA 189 engines affected by the defeat device software. Links are at the bottom of this article.

Is the emissions scandal exclusively with VW?

Other manufacturers testing results are being checked and monitored.  However there is no evidence to implicate any other car manufacturer as of yet with some denying the use of such ‘ cheat devices’ and others refusing to comment.

What has been VW’s response?

VW have launched an internal inquiry into the emissions scandal.  Almost 500,000 cars have been recalled in the US so far.

The groups chief executive at the time of the findings has left the company as a direct result after admitting liability and stating “we have broken the trust of our customers and the public”.   His replacement is Matthias Mueller, the former boss of Porsche.

Mr Mueller has said “My most urgent task is to win back trust for the Volkswagen Group – by leaving no stone unturned.”

The cost to VW

VW has set aside €6.5bn (£4.7bn) to cover costs such as Legal action from affected consumers and shareholders along side the cost of fixing all recalled cars.

In addition, the EPA may excert the power they have to fine a company up to $37,500 for each vehicle that breaches standards – a maximum fine of about $18bn.

Is the problem confined to the US?

The emissions scandal started in the US but has spread to a growing number of countries. The UK, Italy, France, South Korea, Canada and Germany, are opening investigations.

What should I do if I think that I may be affected by the emissions scandal?

If you think that your car falls into the affected bracket  and you have not received a recall, then please contact your main dealer for further advice and information.

1 thought on “VW Emissions scandal – the facts and what it means.”