Most of us have probably looked at the premium fuels nozzle at the fuel pump while filling up and wondered whether we would see any benefit from paying the extra for super fuel…….sometimes up to 30p per litre more. 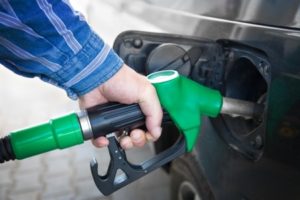 So what exactly is Premium Fuel?

Premium fuel has a higher octane rating (RON) than their standard fuel counterparts and this increased rating is claimed to make your engine run more efficiently, wasting less energy and with improved performance, lower fuel consumption and protecting your engine too…..

Premium fuels are availabe in both petrol and diesel formats.   The octane rating for standard unleaded fuel is 95, whereas most premium unleaded fuels are 98.

The octane rating is the fuels ability to resist engine knocking….the higher the number, the lower the knock.

Premium diesel is a higher quality of diesel which may have additives claiming to improve performance.

The cost of premium fuels at the pump.

Diesel drivers will find that the average cost of a litre of standard diesel is 108p and premium diesel 120.76p per litre on average.  That’s a fairly hefty 12.76p per litre more.

Premium fuel should burn more efficiently than it’s standard counterpart meaning that less fuel is burned to deliver equal power.  These claims however could be effected by the type of car which you drive and factors such as driving style.

Many users of premium fuels claim that they only notice a small amount of increased fuel efficiency.  Drivers of performace cars will see the most benefit.

As a rule, drivers of high performance cars who often drive regularily on long drives and open roads will see the most marked improvement in engine performance.  Drivers with small engines and those who make many short city journeys will see little benefit.

The engines of high performance vehicles operate with higher temperatures and pressures and therefore the premium fuel can increase the amount of horsepower which in turn will show a marked improvement in performance.  These factors are not indicative of regular engines though and hence, these drivers will see much less improvement.

Factors such as driving style will play a larger part than fuel type in engine performance for most drivers.

Drivers of high performance vehicles again are the ones which will see a marked difference here too.  This is because the claim to reduced engine wear and tear refers to the higher octane fuels reducing engine knock which is most prevalent in performance cars due to their superchargers and turbos.

Engine knock is the term used for unburned fuel igniting in the engine.

Premium fuel can however also contain additives which help in maintaining your engine, keeping it cleaner and working more efficiently for longer.

In essence those drivers of performance cars could well benefit longterm from using premium fuel by increased performance and improved miles per litre.  This of course will show in their pockets.   Drivers of regular cars, small cars and those who do little driving in a week will probably notice hardly any difference at all, especially those who drive older vehicles.

So is it worth buying premium fuel?

The only way to really tell if you will see any improvements in your vehicle or pocket by using premium fuels is to try it out a few times and see.  If you are a driver of a performance vehicle, then you may see a more marked improvement than drivers of regular vehicles.