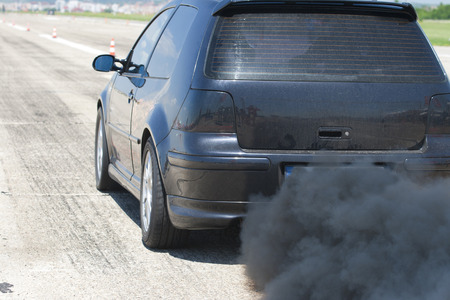 In addition to the new tax being brought in for new diesel cars, the government has announced that by 2040 you will no longer be able to buy a new petrol or diesel car. This is in response to the clean air initiative; it is another step in making our air cleaner and our most populated areas less polluted.

At the moment, diesel cars (including taxis) cause the most amount of nitrogen oxide emissions (essentially a polluting and poisoning gas) shortly followed by vans and then HGVs. As it currently stands, in order to combat highly polluted urban areas, cities across the country have charges in place if you cross into a particular ‘zone’. The new strategy is taking an even bigger step forward in order to make our most populated areas healthier.

Over 40,000 deaths a year, in the UK, are due to poor air quality; it has been announced that there are 40 million people living in illegal levels of air pollution. In order to reduce these numbers and reduce pollutant causing deaths, the government has introduced the banning of petrol and diesel cars to their Clean Air strategy.

What does this mean?

This means that local authorities have until 31st July 2018 to have a plan in place in order to tackle the challenge of reducing nitrogen oxide emissions. Part of this is of course, stopping the production of petrol and diesel cars in the UK and prohibiting their sale.

Experts are predicting that by the mid-2020s, there will be a major shift from petrol or diesel cars to electric or hybrid versions. They are predicting that the cost of electric cars will be much more affordable (competing with, if not overtaking, the value of the petrol/diesel counterparts) and thus a switch will be a necessary and progressive step.

For more detail on the initiative visit https://www.gov.uk/government/news/plan-for-roadside-no2-concentrations-published

How does it affect cars already sold?

At the moment there is nothing been published or announced which says that anything will happen. It is not being made compulsory to get rid of your diesel or petrol car, however if you live in one of the most polluted areas in the UK, you can expect some charges for driving your vehicle during certain times and along certain roads. At the moment, this is a last resort if their 2040 ban initiative doesn’t lower pollution levels enough.

It seems as though it is really down to local authorities, at the moment, to make decisions about how best to make the air cleaner in their area. Some of the suggestions have been to redesign road layouts, remove speed bumps and traffic lights if needed, all in a bid to reduce traffic and reduce polluting emissions.

Will I still be able to buy petrol or diesel?

There has been nothing stated that suggests petrol and diesel will not be readily available. In any case, it has to be available, as owning a hybrid or electric car is not being made compulsory. Petrol stations may end up having a revamp, perhaps to cater to electric cars too, but again, it is too early to tell and there is officially no word on this aspect of the strategy. However, it has been suggested that over time they will probably slowly demise due to the lack of demand as electric cars become precedent.

Will electric charging still be free?

This is a firm ‘No’. The current ‘free charging’ is an incentive to buy an electric car; once the new initiative is in place, electric charging will be charged—at what rate, we do not know yet.

It is anticipated that most people will charge their vehicle at home or at work, but of course this may not always be possible, especially when considering parking etc. Therefore, there will be charging areas as there are now. As to how they will expand, there is no word as of yet.

Will I be able to sell my petrol or diesel car?

There doesn’t seem to be anything announced that would prohibit this and the strategy is particularly targeting the selling of new cars, not penalising people who already own petrol or diesel vehicles.

At the moment there is no scrappage scheme in place for old diesel or petrol vehicles. However, this may be another incentive announced in the coming months and years in order to entice people to make a shift to cleaner vehicle options.

Is the banning of petrol and diesel vehicles happening anywhere else in Europe?

At the moment, President Emmanuel Macron (President of France) is planning a very similar strategy: it also follows the same time span of ‘by 2040’. Germany have announced comparable plans in order to reduce pollution in their urban areas, thus it seems our neighbours are taking the same steps.