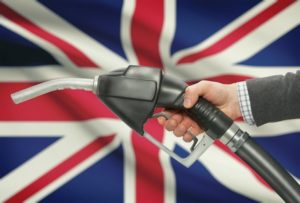 With the 2016 Budget coming up next week, motorists are speculating as to whether Chancellor George Osborne will be increasing fuel duty in line with inflation…and it is looking likely.

What is being forecast?

George Osborne is being predicted to increase fuel duty in line with inflation within Westminster and the financial sector.  With his pledge to balance Britains budget deficit by 2019 growing closer, and the UK’s recovery slowing down, speculation in Westminster is that “the simplest way to raise cash is to put 2p on petrol. Prices are so low at the moment that people will hardly notice the difference.”

Fuel Prices have been steadily falling for 8 months with petrol and diesel prices both dropping to below £1 per litre last month for the first time since 2009.

In a recent interview with the BBC, Mr Osborne declined to rule out a rise in fuel duty and his aides when questioned decline to comment.  The foundations were already laid in last years Autumn statement by the chancellor.

What this means to the motorist

The cost of motoring it is fair to say, is the largest household expense and a huge cost for businesses alike.  The current trend for lower petrol prices have been a welcome reprieve for everyone.

Quite simply, an increase in fuel duty will mean an increase in fuel prices.  With car insurance costing more each year, which can be attributed in some way to rises in insurance tax last year, and the likelihood that low oil prices and fuel prices will not continue inevitably….. This could all have a huge impact on the motorists pocket and small businesses.  Haulage companies especially, will find any fuel increases a blow.

There is talk that up to 150 MPs , including some ministers, are backing a campaign to pressure the chancellor not to increase fuel duty in his budget on 16 March 2016.

The campaign by the All-Party Parlimentary Group for Fair Fuel for Motorists, for which MP Jason McCartney is chair is also being backed by the AA who have written to chancellor George Osborne about their concerns.

We can all join the Fair Fuel Campaign and show our support.

The 2016 Budget will be announced by Chancellor George Osborne on 16 March 2016.