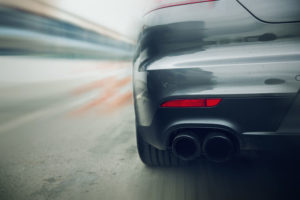 Following Chancellor Phillip Hammond’s revelation of the 2018 financial budget, there has been a clear focus on ‘Clean Air’ and reducing our CO2 emissions. As a result, some diesel cars will see a tax increase starting in the new financial year if they do not meet the CO2 emissions standards.

It is important to note that this is only a one-off payment for new diesel cars which do not meet the government’s standards of CO2 emissions, known as Real Driving Emissions Step 2. So if you have a diesel van, truck etc. the taxation does not apply.

What do the new diesel car taxes look like?

The tax ranges are quite extensive and you may not know how this applies to you or particular vehicles; however, we can examine some examples of cars to see how they might be affected.

If you have a new generation clean diesel car, then you could be looking at a very small increase to your car tax. In addition to the new generation diesel cars, for example, a brand new Ford Focus diesel vehicle will average you approximately a £20 more in tax for the first year, due to its relatively low CO2 emissions.

A number of diesel vehicles may fit into this elusive band. For example, a Golf TDI emits approximately 143g/km of CO2; due to that amount of CO2 emissions, a Gold TDI would cost you approximately £500 to tax for the first year.

Cars which are bigger, potentially SUVs, that are diesel run will likely be the most expensive of cars in terms of the new taxation. For example, a Range Rover Evoque SUV emits approximately 172g/km of CO2. That puts this vehicle in one of the top categories, resulting in a £1200 first year tax payment.

However, it is important to note that despite any kind of government propaganda regarding diesel vehicles, the current government are not penalising people who bought diesel cars in the last 15+ years. They are simply taking action in order to incentivise other car fuels, in a bid to reduce our impact on the planet.

In some ways, a lot of the articles that exist in the media, in response the legal obligations of the government, are slight side-steps to what the current issue and situation is. There may be grounds for legal prosecution of former minsters, however it is not directly linked to the repercussions of the Budget announcement in November. The Budget announcement is focused on moving forward; if the government proceeds to penalise all people who own diesel vehicles, then yes, this is a gross misconduct. However, as it stands there are no plans to change taxes of any vehicles other than new diesel cars from April 2018.

How this affects the price of your diesel car now

It really has no effect on your diesel car now. You will not be penalised unless it is within your first year of owning a new diesel car which does not adhere to the CO2 emission guidelines. If you already own a diesel car, your payments will not be increased and there will be no further increased increments at the present time. This is simply a taxation on new diesel cars, with no current plans to make it apply to older diesel vehicles.