Contaminated fuel from misfuelling can be a distressing mistake.  It is far more common than you would think and is equally common for both sexes.  Not only can mis-fuelling be embarassing but it causes you both time and money. 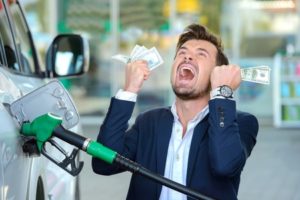 The quantity of time and money, the extent of damage caused to your vehicle and the necessary action required depends on the volume of wrong fuel and the type of fuel which you have mistakenly put in.

It is much harder to put diesel in petrol than petrol in diesel because the fuel nozel for diesel tends to be much larger than it’s counterpart meaning that it often does not fit.  Therefore, this scenario is far less common.

If a diesel in petrol mistake has been made however, starting the car can cause the spark plugs and fuel system to clog up causing misfire and smoking.  Depending on the quantity of diesel in petrol, the vehicle could stop running.

How much Diesel in Petrol is too much?

If you have put 2 litres or less of diesel in petrol ( less than 5% of a completely full tank of fuel) when you realise you have contaminated fuel in your tank, then carry on fuelling with the correct fuel until the tank is full and you should be able to be on your way without calling for assistance and with no damage to your vehicle.

In the unfortunate circumstance that you have more than 5% of a full tank of contaminated fuel, then you should not turn the engine on ( or turn off immediately you realise your mistake) and call a misfuelling recovery service such as Auto Fuel Fix for assistance.  Auto Fuel Fix will completely drain your vehicle, usually on site and give you any advice before getting you on your way again.  They are available 24 hours a day, 7 days a week.

Mis-fuelling with petrol in diesel is far easier than the other way around and with an increasing number of diesel cars now on the market, it is a growing mistake.

Petrol in diesel can cause slightly more problems than diesel in petrol depending on how long the car is run for, what type of diesel engine you have and how much wrong fuel you have put in.  Should you start the engine, damage can be caused to the fuel system seals and pumps as it travels along the fuel system.

If you have put petrol in diesel then you should notice smoking when it’s running, if it will start at all and a noisy rattling sound.  If you notice any of these signs then switch off your engine impediately you realise the wrong fuel mistake.

How much petrol in diesel is too much?

Providing that you have put less than 10% of a full tank of petrol in diesel, equating to 5 litres or less, you should be able to get away with filling the tank full with the diesel and your vehicle should be able to burn off any contaminated fuel without the need to call for assistance.

If you have put more than 10% wrong fuel petrol in diesel then unfortunately, starting your engine or carrying on driving could cause much more damage.   You will need to call a mis-fuelling company to drain the wrong fuel from your vehicle and get you on your way.  It is possible that you will need to change fuel filters at a sooner date than usual as they could be affected by your contaminated fuel mistake.    If you have not started your engine, then there should be no damage to your vehicle once the contaminated fuel has been removed as it will not have circulated the fuel system.