After all of the pre budget speculation and predictions that the chancellor’s Budget statement 2016 would include an increase in fuel duty, it seems that Mr Osbourne has chosen to give the British motorist another year of frozen fuel duty.  This is the 6th consective year that fuel duty has been frozen in the UK. 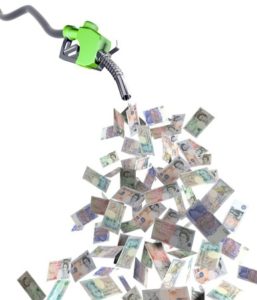 George Osbornes Budget Statement 2016 on Fuel Tax was that tax on petrol and diesel will remain at 57.95 pence per litre.  The decision comes as a great surprise to both motorists and the financial sector who predicted a rise in fuel tax following the chancellors autumn statement which indicated that a rise would be likely in line with inflation.

“Families paid the cost when oil prices rocketed; they shouldn’t be penalised when oil prices fall.” was one remark from Mr Osborne.  “I know fuel costs still make up a significant part of household budgets and weigh heavily on small firms.”

What is Fuel Tax or Fuel Duty?

As the name suggests, fuel tax or fuel duty is the tax which is put on all hydrocarbon fuels.  Petrol, Diesel, Biodiesel, LPG.  These are all fuels used by motorists.

Why was Fuel Duty Frozen Originally?

Fuel duty was last increased in Jan 2011, rising to 58.95 pence.  At that particular time, petrol and diesel was being sold at a much higher price than it is now £1.25.2 for petrol and £1.29.3 for diesel on average. Todays prices are approx £1.03 on average.   This difference was due to oil prices being approximately twice what it is today.

In the 2011 Budget Statement, the chancellor said that he wanted to “put fuel into the tank of the British Economy” and reduced fuel tax by 1 pence per litre to 57.95 pence and he has frozen it at the level since that date.  Keeping Brits on the road.

Fuel tax was due to raise in line with inflaion thereafter but it has never been implemented.

How much is fuel duty?

Fuel duty accounts for 75% of the cost of fuel.  With oil prices at an all time low, the proportion of tax paid is markedly higher.

Fuel tax is estimated to produce £27 billion for the British Economy in this following year.

What does a continuing fuel tax freeze mean for the motorist?

The freeze in fuel tax will nonetheless mean a saving for the motorist.  The cost of fuel and motoring continues to be one of the biggest household bills and freezing tax will inevitably keep fuel prices lower than if the fuel tax had risen.